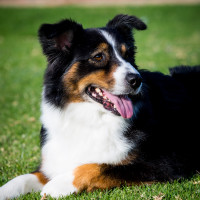 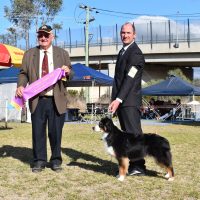 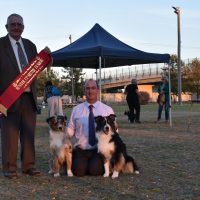 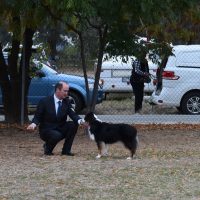 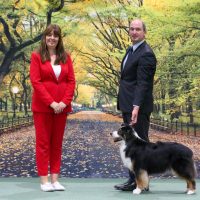 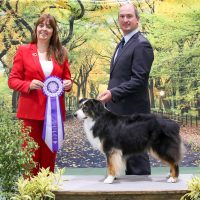 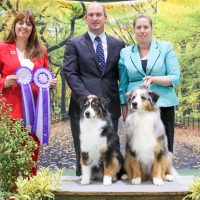 Flirt arrived home mid 2009 and was our introduction to the breed from Ellagant Kennels.

She is a beautiful dog with a wonderful temperament and working ability. Flirt is a keen and willing worker who has had great success so far in a variety of disciplines. She attained her Conformation Champion title in 2012 followed by all her Rally titles over an 8 month campaign in 2013 along with her CCD and CD obedience titles. Currently Flirt is training for Open obedience.

Flirt has also produced for us our current show team and future breeding lines of our kennel. So far the progeny of her first litter has produced 2 Conformation Champions, a Tracking Champion and several Rally and Obedience titles. Her pups are also competing in Agility and Jumping trials. Her second litter is our current show team.